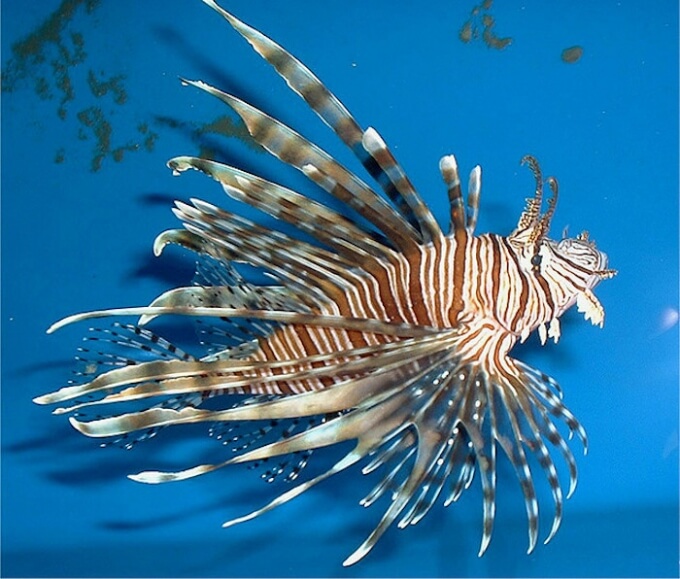 The lionfish has 18 needle-like dorsal fins that are venomous, and this fish is considered invasive. Their venom can cause breathing difficulties with breathing and digestion. Florida’s Fish and Wildlife Conservation is taking steps to control the rise in population of lionfish. Read more about this issues below…

“The lionfish has no known natural predators in the Atlantic … and the ability to spawn year-round,” according to the Florida Department of Environmental Protection, in this NBC News article.
“They can eliminate species that serve important ecological roles such as fish that keep algae in check on the reefs,” added the FWC.